After a long but joyfulness Startup Weekend in Hong Kong (the November edition) all anticipation became to an end when the winner was announced: FilmSkout.

FilmSkout is a web based service that allows filmmakers and photographers to scout for locations online.

During the weekend they pivoted, changed the startup idea and did a 360 pirouette to eventually come back to their original idea. As a mentor for the weekend I saw it all happen in just a few weekend hours.

I visited them more then once this weekend, they were actually the very first team to call me in on Saturday, I loved working with them. We also had a joined session with accidental mentor Salim Virani ‏(@SaintSal) creator of @Leancamp 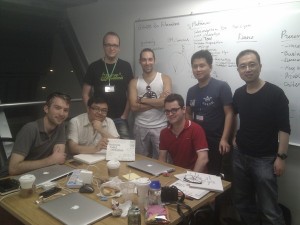 a joined session with me, the FilmSkout team and accidental mentor Salim Virani

The FilmSkout team, names and numbers will be added later to this post.

I will definitely be following them arround!

Find more about the Startup Weekend HK on my Twitter timeline here: 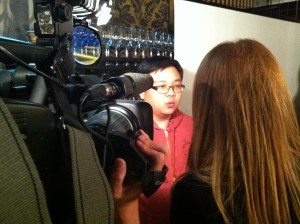 The Co-founder of FilmSkout Kenneth Law interviewed by TVB