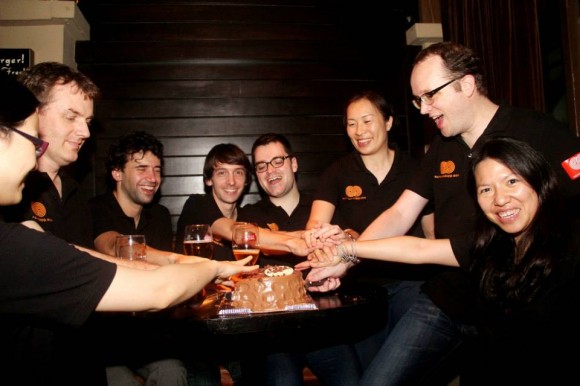 This post appeared first in JumpStart Magazine May 2017 issue as part of Postmortem Conferences, a yearly conference I organize about startup leassons learned

It’s summer 2012, I am running the UX-Web Design Studio I set up over a year ago, and things are doing ok-ish. We have work enough, not a cash cow, but we share a nice office and work on projects we like. But it’s consultancy work, not scalable, not repeatable and the business model is straightforward: selling hours.

Being in and out of Mainland China for the previous 10 years, I had a QQ and a Sina Weibo account

and trying to follow Weibo, but without the knowledge of the Chinese characters it’s tough. Few are posting in English, and why would they, Weibo was still growing in users in China with no big focus on going abroad.

During the year 2012, the amount of Sina Weibo registered users kept increasing from the 300 million mark at the end of February. In July 400 million, and got over 500 million by the end of the year 2012. About 10% of that were active users. 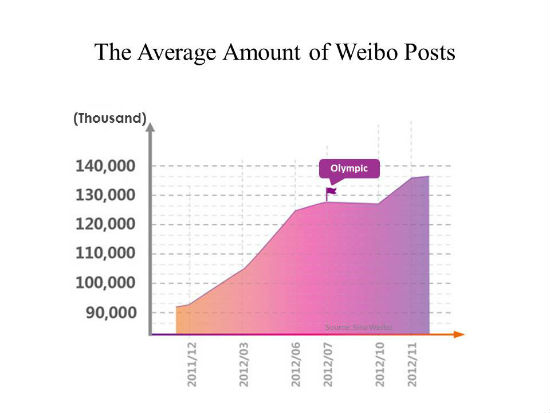 So while the platform was growing fast, I was curious on what people shared. But going from the Weibo App, copy the post, switch to Google Translate App, translate and switch back again was just cumbersome. Why didn’t someone integrated the 2 yet? An one in all app, where you could view your Sina Weibo timeline in, have a direct (machine) translation from Chinese into English (with a roadmap to human translation) and other potential Chinese language platforms.

Although I’ve been an entrepreneur almost all my working life, I pitched the idea to an accelerator. I did that because so far it’s all been in the “We have a skillset, let’s market the sh!t out of this”-consultancy style business. And I figured I needed some help on Customer Discovery and making things Scalable, Lean Startup Style.

We got accepted into the first Hong Kong based accelerator AcceleratorHK, a now discontinued accelerator, the 2 driving forces behind it, moved to the US. This was summer 2012, the book from Eric Ries, The Lean Startup was just published in September 2011. Not everyone (outside of the Bay area) knew what a Lean Startup was and accelerators still had a huge added value “teaching” these principles.

The operational side of the deal was: 3 months program, no (side) day job allowed, at least one tech and one business co-founder. Every Monday check-in with the program directors and every Friday all teams came together with weekly pitching and presentation skill set training. All this in a coworking space pay for by the accelerator. The financial side of the deal was: USD18,000 in return for 8% equity. Not bad for the first real accelerator in Hong Kong in 2012, while accelerators in the US were still giving the same deal. Nowadays the whole accelerator model in broken and programs have to find other ways to add value besides USD100,000 cheques.

So I made the arrangements for the UX-Web Design Studio, to have it run by itself. I could do an occasional pitch to a potential customer, but I made sure I could spend more than 10 hours a day on the startup. I found a technical cofounder, Angelina Yan, an (almost) fresh grad PHD from CityU. And we were off!

We started building Surround App, “We enable Chinese social media for people who cannot read Chinese”. We got a logo, a marketing website, business cards, stickers, heck we did even have t-shirts!

We started to build the product. We added 2 other founders to the team, a marketing person and an UX person. We had all competences available; Tech, Design, Marketing and Business. We did customer discovery, we worked on the product and we prepared for the demo day. We didn’t have a product yet, but on demo day we had booth babes, stickers, everything! Due to the demo day we got write ups in the press, we had around 600 email signups “for when we launch” and a lot of: “I need that!” 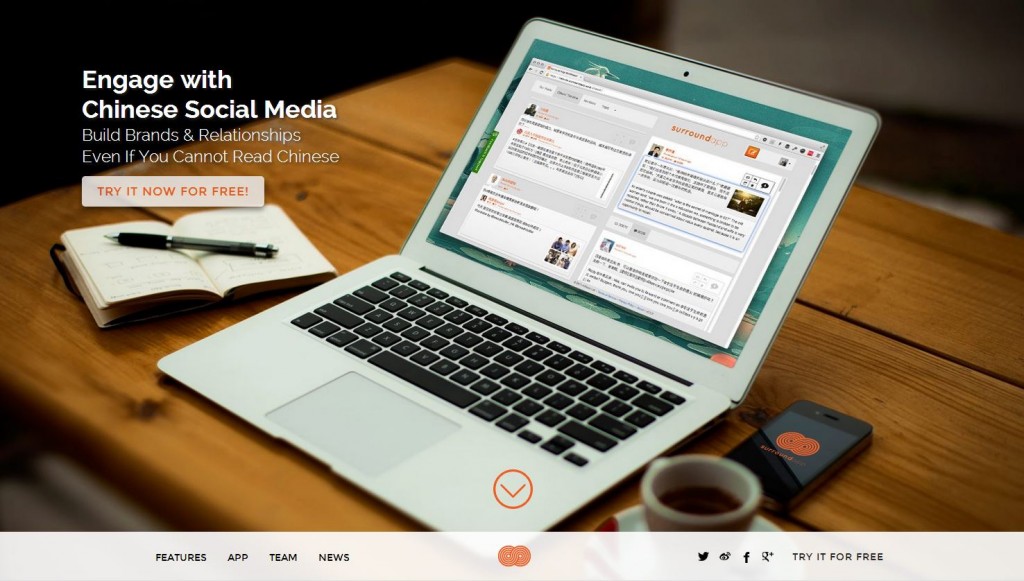 We got some outside investments after demo day, and started hiring staff. We crunched out the first version and launched it with a great party. People could download it at that evening. We were shipping a new version every week. We got a lot of traction, we also got a lot of users from South East Asia (SEA) which surprised us. We found out that K-pop was popular in SEA and fans were following them on Sina Weibo and used our app to translate the posts by the stars and bands in English. In the first few months after the launch we were on 2,000–3,000 downloads a month. When I handed over the app in August 2015, we were on almost 50,000 downloads.

Handed over? But it was going great! Lots of traction and people said: “I need this”… Ehhhh yes, but we made some mistakes

Although we also did a lot things right, this post is about the lessons learned at Surround App. I learned the most from the things I did wrong, so I will share ours here;

Being in love with your product. Oh boy, we were so much focused on the initial idea, an app to follow Weibo with translation, that we were only looking for answers that validated that, no room for pivot, even tho there were some tell tail signs we should.

Peak too early in our exposure. Coming from a market the sh!t out of your product we were looking for publicity way too early. No need for logo, stickers, media, first validate your assumptions. An Minimal Viable Product, a single landing page with subscription tiers, and focus, that’s all it needed.

We got covered at least in English, Chinese, Japanese, Spanish and Tagalog.

No revenue model. We thought we would be able to sell extra services or subscriptions. Turns out, people expect translations to be for free, thank you Google Translate…

Wrong audience. We were targeting consumers, but we found out (after launching) that consumers didn’t find the Chinese social media that important that they would spend hours on it, let alone pay for it.

Work too long on the wrong direction. We were determined to make it work and here is where the all old dilemma comes into play: continue or pivot, when do you know you turned into a dead end street if the street is curvy and you cannot see the end of the road. You see the next curve, so continue to that or make a U-turn now? At one point we also created, besides the Android and iOS app, a web browser “dashboard”. This in an attempt to follow the money and pivot into the business to business market of doing marketing on Sina Weibo.

Create Intellectual Property. It’s easy to put together some services / API’s / platforms / etc, but there has to be something that isn’t easy copied by someone. We worked (a bit too late) on a crowd sourced slang database to improve the imperfect machine translation of Chinese.

Not a mistake, but something that worked against our value proposition: The content platforms. While Sina Weibo was still upcoming it was difficult and sometimes impossible to open an account on Sina Weibo for foreigners, only a handful of country code phones numbers were allowed. Also WeChat was on the rise. Unfortunately WeChat didn’t had an open API, we were not able to get the chat between people inside our app to have the translation function. (Something they introduced themselves in mid 2014) Weibo was also under pressure from censorship.

Not a reason for failure: running out of money 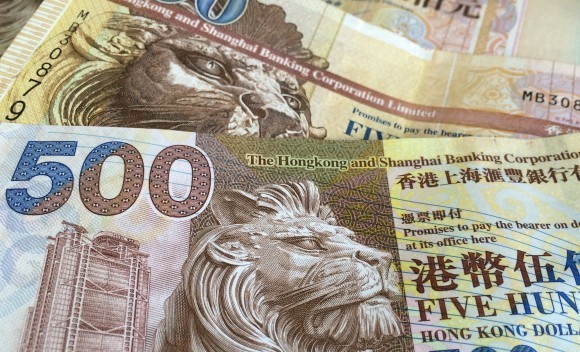 As I wrote before here: often people give “running out of money” as a failure reason, but that is a result of not getting (enough) traction or revenue, if you have millions of users or a healthy revenue stream, there is always additional money to be raised. If you are not able to raise money it’s because your startup is just not good enough.

While it’s ok for a hobby to cost money, it should not become a bottomless obsession. So when in summer 2015 a language learning startup wanted to take over the app as part of their promotion and onboarding (we still got on average 60 downloads a day) we made the decision to say goodbye to it.

Next time an MVP would suffice to test the value proposition, the level of entry must be as effortless as riding a bike downhill, no media exposure until at least Version 1.0, be open for the most strange pivots, (follow the users, not the idea), make sure you have a revenue model and last but not least: create Intellectual Property (IP), something that isn’t easily to copy.

These learnings, and the ones I had (and still have) during my almost 20 years career as an entrepreneur, I use on a regular basis when I mentor and advise startups. I recently started a new venture with some amazing people: Recime.io The Enterprise Bot Development Platform.