When I applied for the Accelerator HK program I had a tech co-founder in mind, but he had not yet confirmed because of his current gig and possible extension of that. After a week of nail biting he sadly but respectfully declined, the current gig was continuing.
So now I had applied for a Startup program on my own and I cannot code (at least not the last versions of coding languaes) My last coding from scratch was in Basics:
10 PRINT "Hello World";
20 GOTO 10
(And I even had to Google this now to see if I didn’t make any programming failures in these 2 lines, which I did, darn “;”)
But that wont help me a lot on a mobile app in HTML5.

So my search began. Writing up a job post on the free job posting site 88 Gong, setting up an application opportunity on Jijis.org.hk, a site for Hong Kong university graduates. The latter can only be used with Microsoft Internet Explorer, that’s a separate blogpost worthy, but no priority for that topic now.
And writing a blog post on my company website called: Looking for a Tech Co-Founder.

And then the big sharing began, share the blogpost on Facebook, Twitter, LinkedIn and hoping for reposts. The blogpost had 199 pageviews so far, not bad for my current social network IMHO.

I’m getting reactions now of people, also some good tech people, but some of whom aren’t able to commit full time to this project because of their current job/gig/ location. But also some good “applications” that it even will make it hard to choose.

But I’m positive that I will find one quick. I’ll keep you posted on the progress. In the mean while, have a look at some pictures I put up here. 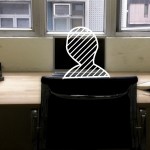